China’s “acquisition of electricity” index has increased significantly, ranking 14th in the world

China’s “acquisition of electricity” index has increased significantly, ranking 14th in the world

According to the "2019 Business Environment Report" issued by the World Bank, China's reforms in improving the efficiency of power business processes have achieved remarkable results, and the "acquisition of electricity" index has ranked 14th in the world. 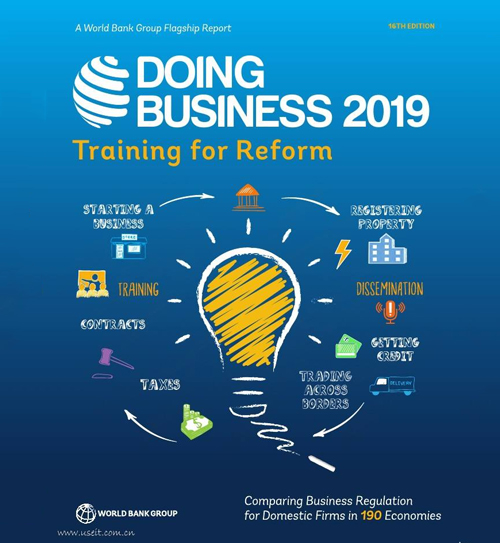 As can be seen from the report, China's business environment has risen sharply in the global rankings, rising from the 78th place last year to the 46th place this year, entering the top 50 in the world for the first time. Among them, the “Get Power” index ranked 14th, which was 23.18 points higher than last year's score, and the ranking increased by 84. The scores of the 10 indicators in China's business environment increased the most, and the ranking increased the most.

The report shows that China's "access" and "cost" indicators in the "acquisition of electricity" indicators rank first in the world. In terms of links, it has been reduced from 5.5 to 3, ranking second in the world with 24 other economies; in terms of cost, achieving zero cost of electricity, and Japan and the United Arab Emirates become the only three zero-cost electricity-connecting economies; In terms of time, from 143 days to 34 days, the power-on time was greatly reduced.

At present, Beijing, Shanghai and other places basically do small and micro enterprises to "get power" "do not run once, run at most once." By the end of October, Beijing and Shanghai had completed more than 22,000 small and micro enterprises, and the average number of power-on links was reduced to two, and the time for receiving electricity was reduced to less than 15 working days. The external access project for users was reduced to zero investment. Accumulated investment of 553 million yuan for users

Anhui Wenergy Electronic Technology Co.,Ltd is located in Hefei city. It is a high-tech enterprise integrating the design, research and development, product and sale of amorphous and nano-crystalline soft magnetic materials and components thereof. In new energy, home appliances, information and communication, instrumentation, aerospace and aviation, military industry, electricity and other fields.