According to the structural form and process characteristics, the transformer core can be divided into two types: laminated type and involute type. The laminated type core can be divided into two types: core type and shell type.
Shell structure
The shell structure is that the iron yoke surrounds the top surface, the bottom surface and the side surface of the winding, that is, the shell type transformer is characterized by having an upper iron yoke, a lower iron yoke, and a side iron yoke.
Due to the limitation of transportation, the large-capacity three-phase transformer needs to lower the core height, and a part of the upper and lower iron yokes of the ordinary three-phase chip transformer is moved to the outside of the two side columns, which is a three-phase five-column core structure. 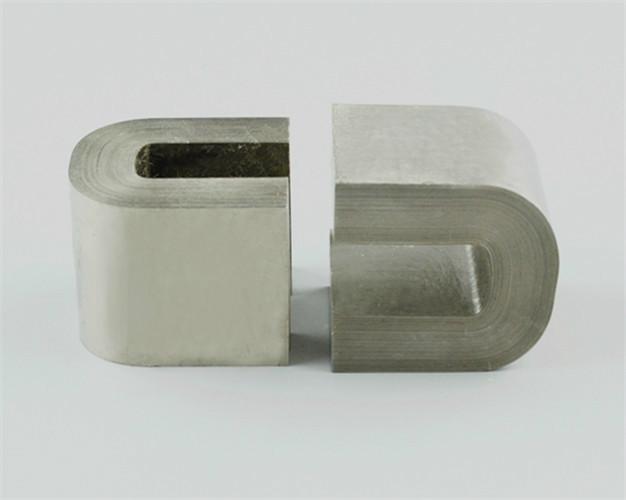 2. Core structure
The core structure is that the iron yoke is placed against the top surface and the bottom surface of the winding, but does not surround the side surface of the winding. The shell structure has good mechanical strength, but the manufacturing is complicated, and the iron core material is more. The core structure is relatively simple, and the assembly and insulation of the windings are also easier. Therefore, the domestic power transformers all adopt a core structure.
The involute core is composed of a core column and an iron yoke. The core column is inserted into a cylindrical core piece of the same type of involute silicon steel piece. The ratio of the outer diameter of the core column to the diameter of the inner hole is 4.5-6. The involute silicon steel sheet is rolled one by one on a special forming machine by the principle of cold extrusion plastic deformation. For a three-phase transformer, the advantage of the involute core compared to the laminated type is that the three-phase magnetic circuit is completely symmetrical and can also save silicon steel.

We have a wealth of business experience. We provide satisfactory products and services to our customers around the world. Our products include amorphous transformer,audio transformer core Please contact us。http://www.wenergytech.net/