The role of the power transformer core

The actual transformer always works in the AC state, and the power loss is not only in the resistance of the coil but also in the core under the alternating current magnetization. Usually the power loss in the iron core is called "iron loss", and the iron loss is caused by two reasons, one is "hysteresis loss" and the other is "eddy current loss".

Since silicon steel has the above advantages, why not use a piece of silicon steel as the iron core, but also process it into a sheet?

This is because the sheet core can reduce another type of iron loss - "eddy current loss". When the power transformer core is working, there is an alternating current in the coil, and the magnetic flux it generates is of course alternating. 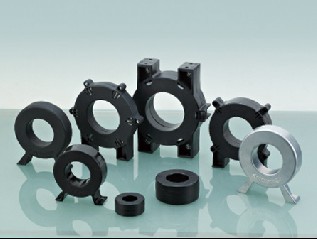 Used as a power transformer core, generally use a 0.35mm thick cold-rolled silicon steel sheet, cut it into a long piece according to the size of the required core, and then overlap into a "day" shape or a "mouth" shape.

But actually when making silicon steel sheet iron core. It is not only based on the above-mentioned favorable factors, because the iron core is produced in that way, the working time is greatly increased, and the effective cross section of the iron core is also reduced. Therefore, when using a silicon steel sheet to make a transformer core, it is necessary to weigh the pros and cons from the specific situation and choose the best size.

The transformer is made according to the principle of electromagnetic induction. There are two windings, one primary winding, and one secondary winding on the closed core post. When the original winding is connected with the AC mains voltage.

The original Rao group has an alternating current, and a magnetic potential is established. Under the action of the magnetic potential, an alternating main magnetic flux is generated in the iron core, and the main magnetic flux passes through the iron core at the same time, and the secondary winding is closed due to Electromagnetic induction produces induced electromotive force in the primary and secondary windings respectively. As for why it can boost and step down?