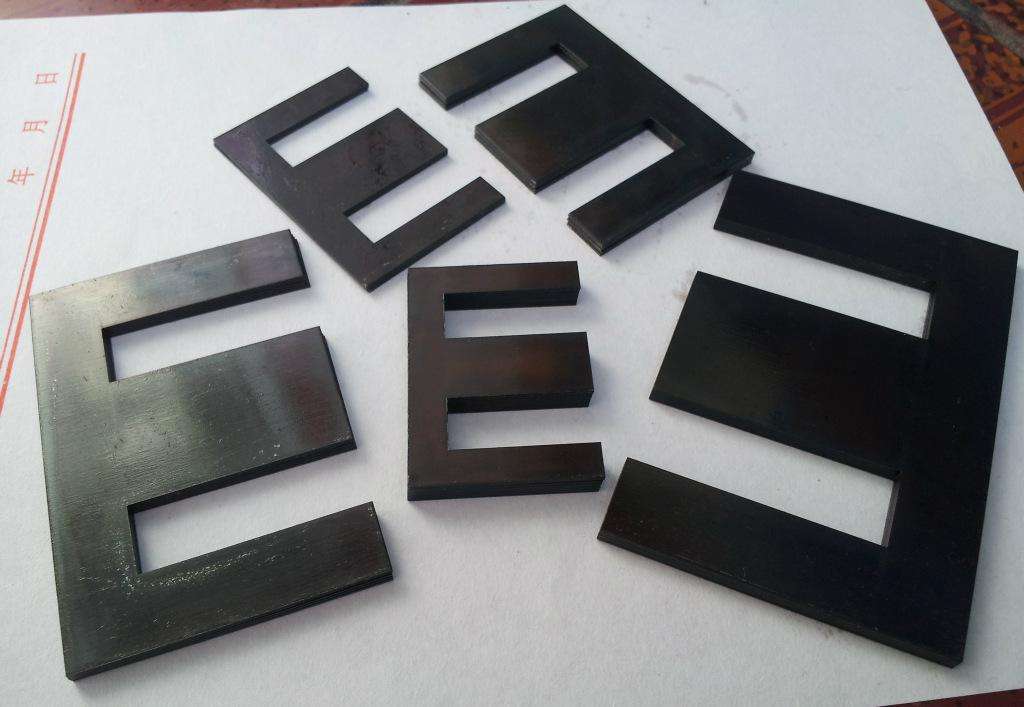 US 4,557,039 (Manderson) discloses a method of processing a transformer core using an electrical steel strip having a linear slope. By selecting the appropriate slope, a hexagonal or more circular cross section of the core strut is produced. However, diagonal strips are difficult to machine and time consuming, and their design is not suitable for large scale production.
The core has a delta shape, as can be seen from the perspective view in Fig. 1, in which three pillars are connected to each other by a yoke portion. In Figure 1a, a cross-sectional view of the core prior to assembly is shown. The core includes three identical annular portions 12, 13 and 14, the basic shape of which is illustrated in FIG. Each annular portion is filled to half the height of two struts having a hexagonal cross section, thus constituting three struts of a three-phase transformer. The annular portion is first wound from a strip of constant width into three identical rings 12, 13 and 14 with a diamond cross section comprising two 60[deg.] angles and two 120[deg.] angles. These rings 12a-14a constitute a base ring. The orientation of the strip is also shown in Figures 1a and 1b.
Outside the base ring in each annular portion there is an outer ring 12b, 13b, 14b having a regular triangular cross section. The outer ring is wound from a strip having a constant width reduction.
When the three annular portions 12-14 are joined together, see Fig. 16, they form three hexagonal struts on which the transformer windings are wound.
One disadvantage of this approach is that each size of the transformer requires its own strip cutting. Moreover, it is wasteful that the outer rings 12b-14b are made of strips having a reduced width, and it is also difficult to process the transformer according to Manderson.
Transformer cores are also described in the following documents, which are SE 163797, US 2,458,112, US 2,498,747, US 2,400,184 and US 2,544,871. However, the core in the above-mentioned documents cannot overcome the above problems.
It is an object of the present invention to provide a transformer core in which energy loss is minimized.
Another object of the present invention is to provide a transformer core that can be easily processed and avoids material waste.