What we need to pay attention to when using choke transformers

Since there is no insulation between the track and the ground, part of the traction current flows through the ground and back to the transformer from the grounding grid buried under the traction substation.At the same time, the rail and the suction line are not directly connected, but a choke transformer is added at the insulation section of the track circuit, and the two are firmly connected with the transformer's terminal post and neutral point respectively, so that the traction current loop and the track signal loop form the conduction loop respectively and do not interfere with each other. 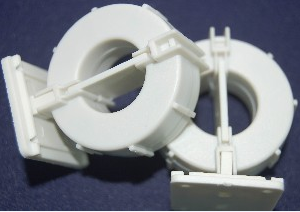